How to use the Cup of Kings brand

Cup of Kings is a party game full of outrageous drinking rules based on the infamous game, Kings Cup.

It’s Australia’s crack at a home grown party game, falling somewhere between apps like Piccolo and card games like Cards Against Humanity.

It’s game to play for laugh at a house party, festival, college dorm, weekend away or just hanging out at home with some mates.

Cup of Kings started in 2014 when Melbourne designer, Kody Deretic drunkenly put a note in his phone during a night out, something about finding a database of kings cup rules online.

Turns out it didn’t exist, so the following day he built a simple website where other Kings Cup enthusiasts could randomise and submit unique kings rules.

In 2016 with the help of his mates, he raised some cash and turned the database into a tangible card game.

They ended up selling over 1200 decks of cards in Australia, Europe, America and one in Mauritius.

The tangible decks were a success but there was a need to create an app as party games are often a spur of the moment decision and people weren’t always carrying their cards, but with an app, as long as you have your phone you have access to all the rules.

So they raised some more cash and made a fancy app.

Founder Kody Deretic says:
“We love our game because it brings people together, pulls them out of their comfort zone and facilitates a memorable experience.”

Cup of Kings is free, easy to use and has the largest collection of unique party rules. 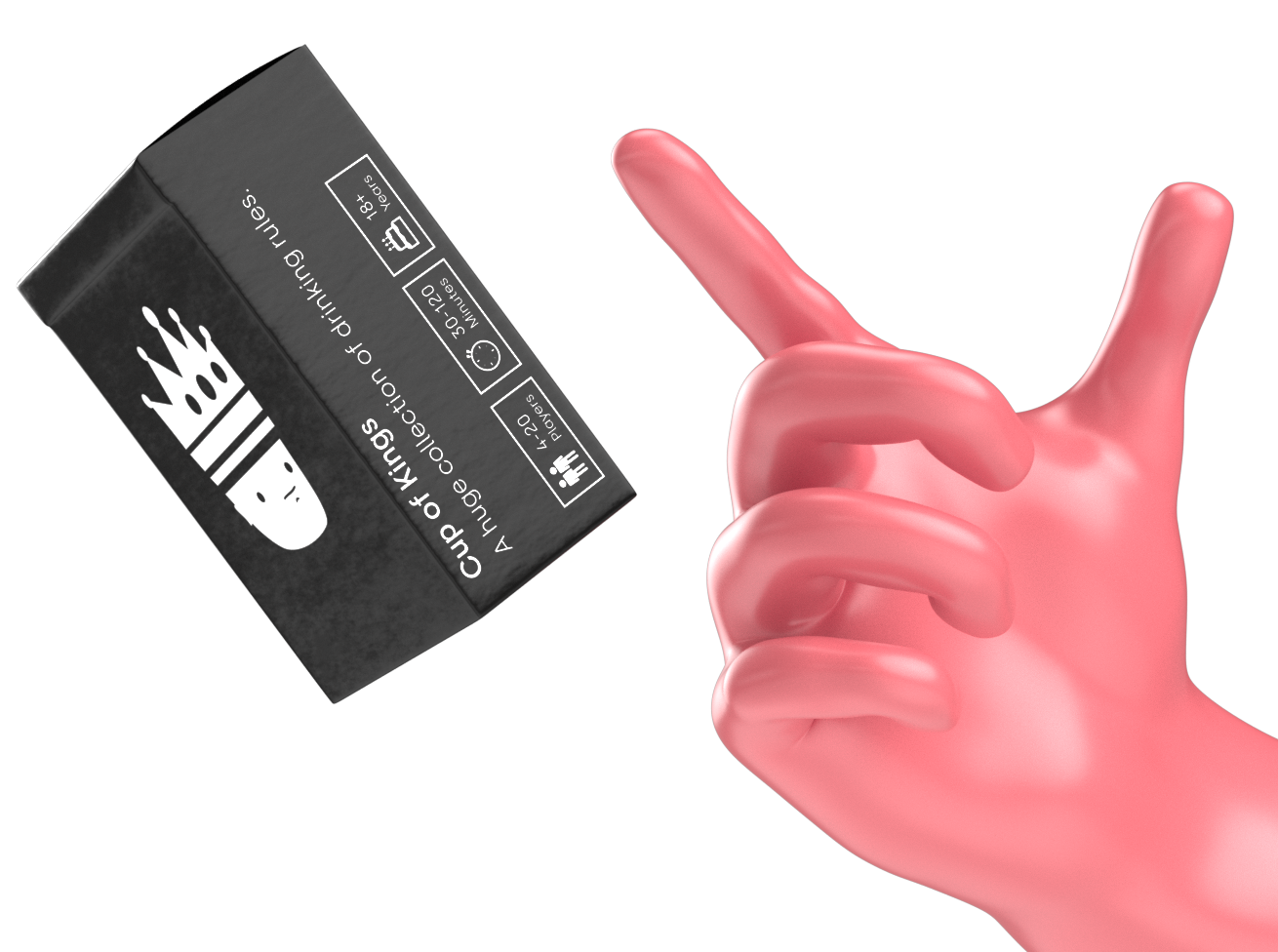 A party in you pocket.

Cup of Kings is free, easy to use and has the largest collection of unique party rules. You can contact Scott anytime. He’s really lovely and generally replies between 1 day and 4 weeks.